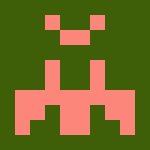 When you are a Rocky fan growing up, the mere thought of a spin of is exciting and a little scary. Will the characters be likeable? Will you be able to gravitate to the story? Will this be equal or better than the original Rocky? The answer to this  is that this movie is it own story. With the strong story, great directing and the acting to back it up. This has the opportunity to make its own franchise run. Possibly rack in a couple awards.

The feel for the movie is very familiar but different. You get the Rocky feel. But because this is a new character you know it’s going somewhere else. It does distance itself from the franchise through its main character Adonis Johnson, played by Michael B. Jordan. He has his own problems and struggles. Showing it with a short glimpse at his childhood. While also showing it throughout the movie and in the process trying to get out of the shadow of his father.

Rocky, played by Sylvester Stallone, at this point has been out of the spotlight since his fight with Mason “The Line” Dixon. He is all alone now Pauly has since passed away. His son has moved to Vancouver with his wife. There is a very emotional scene that Stallone gives that connects to both his Rocky character and his real life self. A scene where he talks about his son while Adonis is holding a picture of Sage Stallone.

The movie is very strong and could contend for best picture. With excellent directing.  Adding the old Rocky musical score in the right places. The acting is incredibly strong from both Stallone and Jordan. With the possibility of both being recognised for their performance in the movie.

A great movie that should not be missed. Whether you are an old fan or new to the franchise. This will stand alone as its own movie. With a big shot of bringing out additional movies for its series.

Adam Sandler – They’re All Gonna Laugh at You!